Is It Safe For Your Teen To Pursue Dental Whitening Treatments?

Teens and tweens can be self-conscious about their appearance, particularly those coming of age in a media-saturated generation. With images of beaming models with blindingly white teeth held up as the ideal of beauty, your own teen may feel that his or her teeth aren't up to par. Although this dip in self-esteem can usually be attributed to hormonal shifts that correct themselves after a few years, there are some situations in which dental whitening may be necessary to restore your teen's self-image or correct previous discoloration from braces or certain medications. Are these treatments safe for your teen, and how can you decide whether this is a good financial and emotional investment? Read on to learn more about the types of whitening treatments best suited for teens, as well as some factors you'll want to consider when scheduling your own teen for this procedure.

Are there dental whitening treatments that are safe for teens?

Although most dental whitening treatments rely on diluted hydrogen peroxide or other relatively harmless whitening agents to remove surface and deep-set discoloration, there are some additional risks for children and young teens who use certain whitening products -- so much that the American Academy of Pediatrics does not recommend the use of even over-the-counter, at-home peroxide whitening strips until your teen's 15th birthday or later. Because these strips are formulated for adult use, they may be too strong for children and teens whose teeth are more porous and whose gums are smaller. In addition, the hormonal changes a teen goes through during puberty can render them especially sensitive to irritation from peroxide and other bleaching agents. In general, those who have dental whitening treatments as children or young teens are much more likely to find themselves dealing with complications from this procedure.

However, once your teen has reached age 14 or 15, he or she should be able to safely undergo laser whitening treatments under the supervision of a dentist. You may still want to discourage the use of at-home whitening treatments, simply because it can often be difficult to follow the instructions to the letter while your teen is distracted by other tasks or forms of entertainment at home. Misreading instructions or missing a step can render the treatment ineffective or lead to gum irritation, and performing whitening treatments outside the supervision of a medical professional isn't usually a great idea.

On the other hand, a laser whitening procedure performed by a dentist can provide immediately noticeable, longer-lasting results with a much lower risk of side effects. During this treatment, the dentist will apply a clear paste of peroxide and other bleaching agents to your teen's teeth, then shine a high-powered laser beam on them. As the light from the laser penetrates the teeth, the peroxide solution will seep into the microscopic crevices and scour away any staining. Once the whitening treatment has concluded and your teen's teeth have been wiped down, they should appear slightly whiter already -- and will continue to whiten over the next few days.

What factors should you and your teen consider when deciding whether dental whitening treatments are appropriate?

In order for your teen to be a good candidate for dental whitening, he or she will need to be able to lie still in a prone position for an hour or more. While most whitening treatments are relatively short, the dentist may need to take X-rays or do other preliminary examination before the whitening solution is applied, and delays in this process can be stressful for a fidgety teen or one who is already nervous about trips to the dentist.

Your teen should also be willing to commit to cutting out (or only occasionally indulging in) staining foods and beverages like cola, coffee, and some types of dark, Vitamin C-heavy fruit. Not only will consuming these foods and beverages re-stain your teen's teeth, they may aggravate any lingering irritation or sensitivity caused by the procedure. Teens who smoke cigarettes (even sporadically) should also take steps to kick this habit before undergoing dental whitening.

For more information about whitening treatments for your teen, contact a dental clinic like TLC Dental Center. 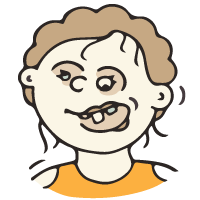